Ridvan Yilmaz has signed for Rangers on a five-year deal from Besiktas.

Rangers had been in talks over a deal with the Turkey international joining for a fee of £3.4m, rising to £5m with add-ons.

Several clubs from across Europe were interested in the 21-year-old but the player made it clear he wanted to move to join Giovanni van Bronckhorst’s team.

Yilmaz told the club’s official website: “I am delighted to be joining a club the size of Rangers and am really looking forward to meeting my new team-mates.

“This is a club who have shown they can compete against some of the best teams in Europe, and I am really excited by the challenges we have ahead of us.

“I have heard so much too about the Rangers supporters and I cannot wait to play in front of them for the first time.

“This is a club who have shown they can compete against some of the best teams in Europe, and I am really excited by the challenges we have ahead of us. 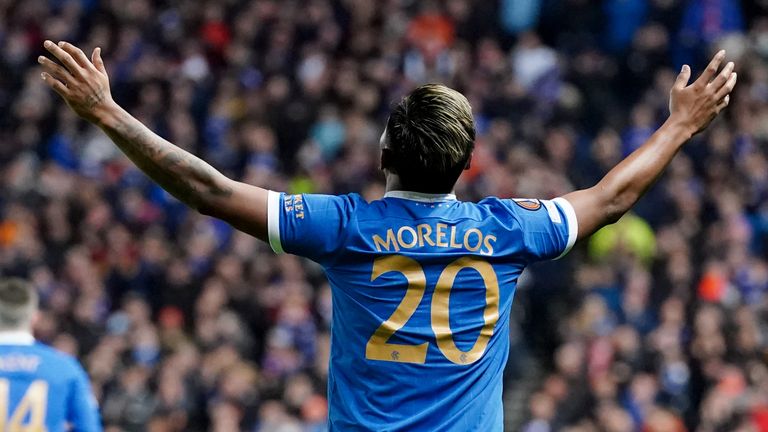 Rangers manager Giovanni van Bronckhorst is hopeful striker Alfredo Morelos will sign a new deal to remain at Ibrox beyond next summer.

Rangers’ sporting director Ross Wilson had been working on replacement targets ahead of Calvin Bassey’s £23m move to Ajax – a club-record player sale.

He added: “Gio and I were clear in our desire to invest in a high potential and high-quality left-back.

“We have now secured that in the signing of Ridvan Yilmaz.

“He’s a talented young player who has been coveted throughout Europe following outstanding performances for Besiktas.

“We also know how highly regarded he is in the Turkish National Team. This is another exciting young player to join our squad, and we are delighted to bring Ridvan to Rangers.”

Rangers’ current left-back Borna Barisic has also been the subject of interest from several clubs but no offers have been made that match the club’s valuation of the Croatia international.

Yilmaz has made 62 appearances in all competitions for Besiktas after making his club debut in 2019 and has six international caps.

Boyd: Bassey will be difficult for Rangers to replace Kris Boyd says Rangers will find it difficult to replace such a talented player like Calvin Bassey if he were to leave the club.

Sky Sports’ Kris Boyd admits it will be difficult for any player to replace Calvin Bassey.

“Especially towards the end of this season, and the Europa League run that Rangers had, Bassey was unbelievable. He’s versatile too; he can play left-back, he can play the left of a two, left of a three, the centre of three and I think that’s why he’s attracting clubs. We know, nowadays, that when teams are looking at players, they are looking at them to cover numerous positions and he, Bassey, certainly falls into that category.

“These performances towards the end of the season for Rangers were outstanding and you felt as if the team got lots of belief from that as well. They didn’t have to protect the back line as much because of his pace, recovery, ability to deal with one-on-one situations. If he has to go, as it looks as though is going to happen, he will be a big miss for Rangers.

“Players have left in the past and then replaced, but I think this one could be a little bit difficult because of that versatility. I think Rangers will need cover. Borna Barisic is there, but he’s been linked with moves away as well. So they are going to need someone to come in at left-back, and someone that can play on the left-hand side of a two or a three as well off the back of losing Bassey.

“Virgil van Dijk proved it at the top level, but I think is very harsh on such a young boy, at this moment, time to label him. But he’s showing that he’s got the attributes; he’s got the pace, he’s got the aggression, he’s good with the ball, he can defend one-on-ones, so he will be an attractive signing for someone. 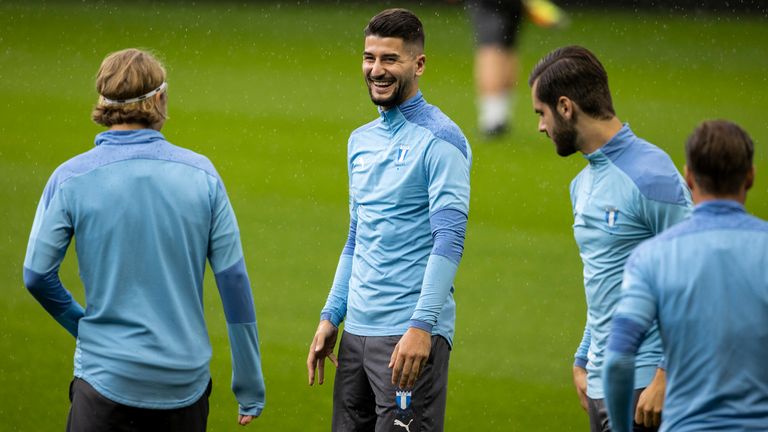 Giovanni van Bronckhorst discusses what Antonio Colak will bring to Rangers after the striker joined for around £1.8m on a three-year deal

“I think he has shown in the teams he has played for he can score goals and he’s a very good striker. He did us a lot of damage at the beginning of last season, which also showed his quality.

“Of course, it is a new season ahead and we want to be successful in all the competitions we play so we also have to have the squad to be able to do that.

“So, we are more than happy that he will be able to join us.”

Who will be on the move this summer before the transfer window closes at 11pm on September 1.