Who is red-hot in the Premier League right now? Sky Sports ranks every player over the past five matchdays…

Leeds winger Raphinha has usurped Mohamed Salah at the top of the form chart after scoring his third goal of the season and his second in as many games during the 2-1 defeat to West Ham, having also netted against Newcastle and Everton – while goalkeeper Ilian Meslier (No 8) also powered into the top 10.

Salah extended his goal streak to four league games with his fifth of the campaign – and notched his 100th top-flight goal for Liverpool – in the 3-3 thriller with Brentford, but slipped into runner-up spot – largely due to one of those being a penalty, all strikes being converted from closer range than Raphinha and having missed three big chances.

How are the Power Rankings calculated?

The Power Rankings are based on points awarded to players for 35 different statistics – from goals and assists, to blocks and tackles. The standings take into account the number of points a player has earned up to the previous five matchdays of a season, with each previous game worth 20 per cent fewer points in incremental deductions.

Watford’s Ismaila Sarr (No 3) also edged up the rankings to form a trio of wingers at the summit after scoring his third goal in two games in the 1-1 stalemate with Newcastle, while versatile Manchester City full-back Joao Cancelo rocketed into No 4 spot after assisting the winner at Chelsea.

Wolves goalkeeper Jose Sa (No 5) made six saves to keep his second clean sheet in three league games during a narrow 1-0 win over Southampton, while Brighton striker Neal Maupay (No 6) maintained his clinical edge with his fourth of the season in the draw at Crystal Palace.

Everton duo Andros Townsend (No 7) and Abdoulaye Doucoure (No 9) were among the elite performers after getting on the scoresheet in a 2-0 victory over Norwich, while Allan Saint-Maximin (No 10) continues to shine for struggling Newcastle. 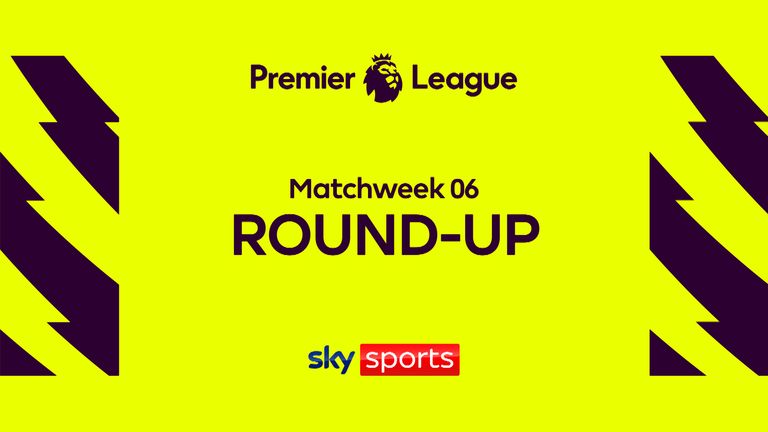 A round-up of all the action from match week six in the Premier League as Crystal Palace suffered late heartbreak against rivals Brighton, and Arsenal come out on top in the north London derby.

In terms of each club’s form player, the rankings reveal a host of wingers leading the way, with Raphinha, Saint-Maximin, Sarr and Said Benrahma indicating potential breakout seasons with sustained table-topping form.