Cleveland Cavaliers point guard Ricky Rubio left Tuesday’s game against the New Orleans Pelicans late in the fourth quarter with what appeared to be a non-contact injury to his left knee.

Rubio drove down the lane and tried to avoid the defense when he slipped and stepped awkwardly and fell to the floor. He immediately grabbed his knee and was then helped off by teammates without putting any weight on that knee.

Coach J.B. Bickerstaff said the extent of Rubio’s injury had not yet been determined. 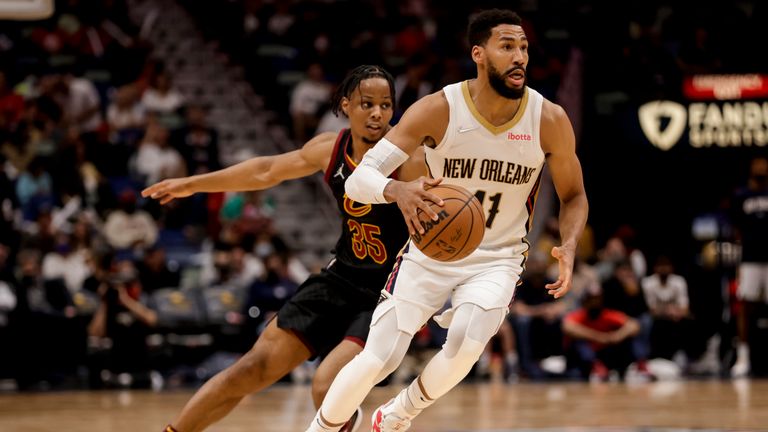 However, Cavaliers forward Kevin Love, one of Rubio’s closest friends, offered a sober assessment of what looked like a nasty injury.

“It’s really hard for me because I could see the pain he was in when he went down,” said Love. “Him and I have such a history. I really care for him.

“I’m just praying that he’s going to be okay. We don’t know what the near future is going to hold for him. We’re just completely gutted. He was having such a great season.”

Rubio has played a massive part in the Cavaliers’ resurgence this season, averaging 12.7 points, 3.9 rebounds, 6.5 assists and 1.4 steals in each game.

Boris Johnson has cancelled a visit to Lancashire today because a family member has tested positive for COVID, Downing Street said. A Number 10 spokesman…