Giannis Antetokounmpo scored eight points in 17 minutes in his pre-season debut for the defending NBA champion Milwaukee Bucks in a 130-110 victory against the Oklahoma City Thunder on Sunday night.

The Bucks are being careful with Antetokounmpo, who hyperextended his left knee in the Eastern Conference finals but returned for the NBA Finals. He was named Finals MVP after leading the Bucks to the title in six games against the Phoenix Suns.

“It feels good. I’m not going to lie. It feels good to be a part of the team, just go out there, run up and down, make some plays, just being around the team, being here at Fiserv,” said Antetokounmpo, who mentioned several times that he felt “rusty”.

Asked where he felt rusty, he said: “Everywhere. My legs, back, hands. But it’s OK. I’m getting back to it.”

The Bucks scored 48 points in the first quarter and 81 in the first half and Giannis dished one excellent no-look assist to flash the Fiserv Forum fans a flavour of what they have to look forward to in the season ahead.

Khris Middleton (14 points) and Jrue Holiday (11 points) also made their pre-season debuts for the Bucks. 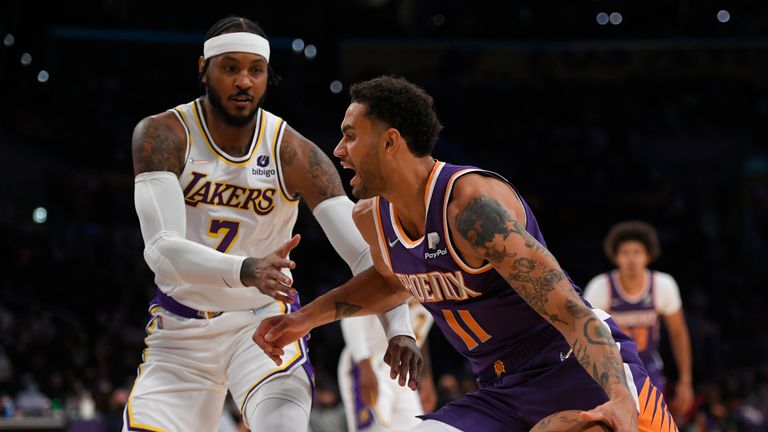 Elsewhere on Sunday night, the Suns ran past the Los Angeles Lakers 123-94 as LeBron James rested, the San Antonio Spurs held off a late Orlando Magic flurry to win by a point at the Amway Center, and Demar DeRozan scored 23 points as the Chicago Bulls also won by a single point against the Cavaliers in Cleveland.