Team news ahead of the World Cup qualifier between Scotland vs Denmark on Monday; kick-off 7.45pm.

Scott McTominay will miss out again for Scotland while Lyndon Dykes is a doubt for the visit of Denmark.

McTominay missed Friday’s 2-0 win over Moldova with a throat infection and the Manchester United midfielder, one of eight Scotland players who are a yellow card away from suspension, has not re-joined the squad.

QPR striker Dykes joined up with the squad after missing the 2-0 win in Chisinau through suspension, but he is a doubt for Monday’s Hampden clash as he bids to overcome a knock and illness. Manager Steve Clarke said: “Scott is definitely out. Scott hasn’t recovered enough from his virus. Lyndon didn’t do very much this morning. Lyndon, I would put at 50-50.”

Anthony Ralston comes into the squad after Nathan Patterson picked up a suspension during Friday’s win over Moldova, which sealed a play-off place. The 22-year-old has made 23 appearances for Celtic this season after seizing his chance under Ange Postecoglou.

Motherwell’s Stephen O’Donnell is the other right-back in the squad but is also among the players who are one yellow card away from missing the play-off semi-final in March.

Scotland are looking to boost their chances of sealing a home semi-final when they host the Group F winners. World Cup playoffs: All you need to know

The winners of each group automatically qualify for the World Cup finals, which run from November 21 to December 18 2022, and three more teams will seal their place at the end of the playoffs in March.

How do the play-offs work?

These 12 teams will be drawn into three play-off paths for one-off semi-finals and a final. The three path winners qualify for the World Cup.

These 12 teams will be drawn into three play-off paths for one-off semi-finals and a final, with the three path winners then qualifying for the tournament in Qatar. The draw will be seeded based upon qualifying-round points – with the two UEFA Nations League teams being unseeded.

The order of preference for the two teams to enter the play-offs (if required) via the Nations League, of teams who are still able to use this route, is France, Wales, Austria, Czech Republic, meaning Robert Page’s side are already guaranteed a play-off berth via their Nations League rankings.

As Austria, and either Wales or Czech Republic, are guaranteed to finish outside the top two in their group, no other country is in contention for one of the two additional places. 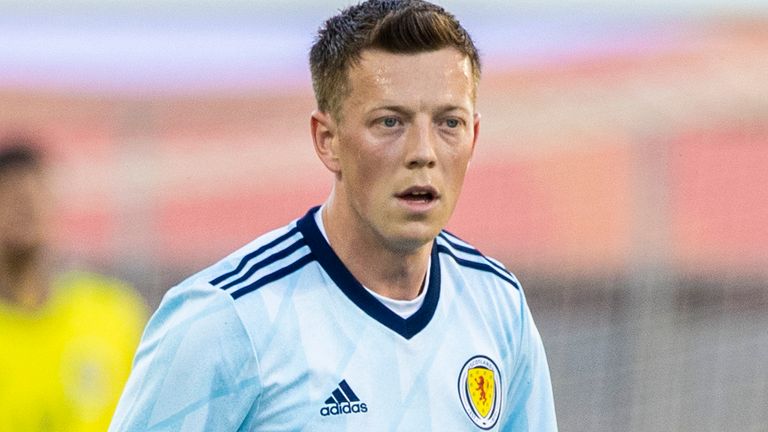 ● Scotland have won six of their eight home matches against Denmark including the last two, winning 2-1 in August 2011 and 1-0 in March 2016, both in friendlies.

● Denmark last visited Scotland for a World Cup qualifier back in November 1972, losing 2-0 at Hampden Park with Kenny Dalglish and Peter Lorimer scoring for the Scots.

● Scotland have won their last three home games, all World Cup qualifiers, last winning four in a row on home soil between September 2006 and October 2007, a six-game winning run. They are also unbeaten in 10 home games in all competitions last having a longer run between May 1975 and May 1978, a run of 16 without defeat.

● Scotland have won their last five matches in all competitions, with all of these coming in World Cup qualifying. The Tartan Army haven’t won six consecutive competitive games since winning six Home Nations matches in a row between March 1928 and February 1930.

● Denmark have conceded just one goal in their nine qualifying games so far this campaign, while the Danes are unbeaten in their last 24 qualifying matches in total (EURO/World Cup, excl. play-offs) since a 1-0 home loss to Montenegro in October 2016.

● Denmark have had 18 different goalscorers so far in this qualifying campaign, more than any other European nation in World Cup 2022 qualifying.