Cleveland Cavaliers guard Collin Sexton has been ruled out for the rest of the season after undergoing knee surgery.

Sexton’s fourth NBA campaign is officially over after just 11 games, the team announced on Friday following the Wednesday procedure.

The 22-year-old sustained a torn meniscus in his left knee against the New York Knicks on November 7. He ended his season averaging 16 points – second on the team – as well as 3.3 rebounds and 2.1 assists.

The injury is a major setback personally for Sexton, who failed to get a contract extension from Cleveland before the 2021 opener and was hoping another solid season would lead to lucrative offers.

The Cavaliers, who have been hit hard by injuries lately, have dropped three straight games following a 9-5 start to the campaign. 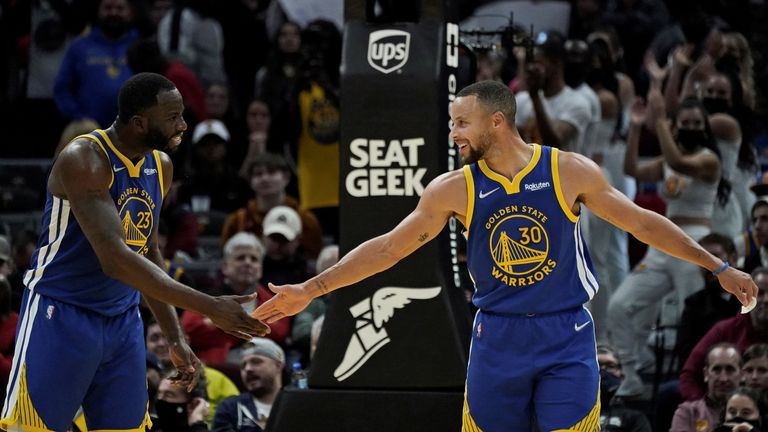 Highlights of the Golden State Warriors’ visit to the Cleveland Cavaliers in Week 5 of the NBA.

Cleveland selected Sexton with the No. 8 overall pick in the 2018 NBA Draft out of Alabama. He has career averages of 20 points, three rebounds and 3.3 assists in 218 games (208 starts).

Despite Cleveland viewing Sexton as part of its young core with Mobley, point guard Darius Garland, Allen and forward Issac Okoro, his name has often been mentioned in numerous trade rumours.

Sexton’s game can be infuriating to teammates and opponents alike, as he’s a ball-dominant player who can score but doesn’t always make great decisions.