Ryan Bowman, Josh Vela and Daniel Udoh all scored second-half goals as Shrewsbury beat Fleetwood 3-0 to climb above their hosts in the Sky Bet League One table.

The Shrews’ leading scorer scored five minutes into the second half, with Vela doubling the lead with a fine finish and Udoh adding insult to injury for Fleetwood with a stunning third.

The first half saw precious few chances for either side, with the defences standing firm and final-third passes going astray time and again.

Harrison Biggins had Fleetwood’s only shot of the opening period, a long-range effort that went narrowly wide of the goal. 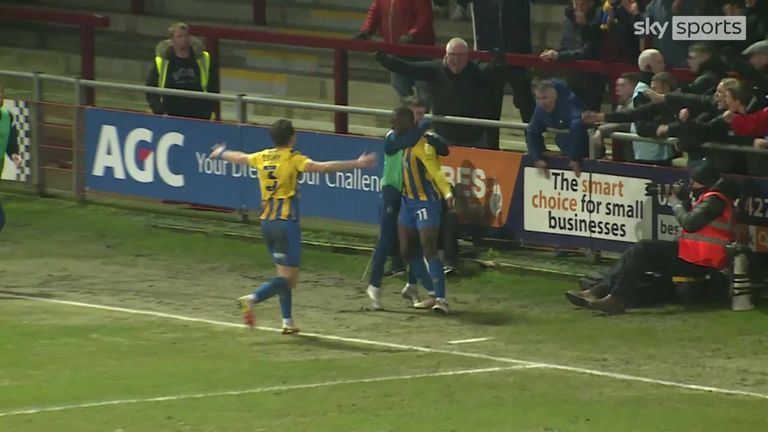 Shrewsbury Town’s Daniel Udoh fired this screamer into the top corner from outside the area against Fleetwood.

At the other end, goalkeeper Alex Cairns saved a lob by Bowman and watched a scuffed shot from Nathanael Ogbeta bounce harmlessly wide.

The deadlock was broken five minutes after the restart, Luke Leahy and Ogbeta combining for the latter to set up Bowman with a simple tap-in for his ninth of the season.

Vela effortlessly picked out the bottom corner of the goal with around 20 minutes remaining to make it 2-0.

And Udoh produced a thumping third that crashed in off the bar to secure the three points in style for Shrewsbury.