Bournemouth returned to the top of the Sky Bet Championship table after Dom Solanke steered them to a 1-0 win at QPR.

The Cherries took advantage of Fulham’s postponed Boxing Day clash to reclaim top spot, with Solanke’s header late in the first half proving the difference at the Kiyan Prince Foundation Stadium.

It was a big win for Bournemouth, who could have dropped out of the top two on Monday had West Brom won earlier in the day, but instead sit top of the tree, having picked up a first win in seven.

QPR, who hadn’t played in more than three weeks due to Covid postponements, looked rusty at times and remain just outside the top six – albeit with games in hand on all the sides above them. They also finished with 10 men after Andre Dozzell’s late red card.

Solanke steers Bournemouth back to the top

It was a slow start from Bournemouth but they soon grew into the game and took control of proceedings. In truth they should have taken the lead on 30 minutes when Phil Billing brilliantly teed up Solanke, but somehow he headed over virtually an empty net from just a few yards.

Solanke made up for that miss 11 minutes later, however, from what actually seemed a much more difficult opportunity, as he found space at the near post to guide a header from a Junior Stanislas free-kick past Seny Dieng.

QPR boss Mark Warburton made a change at the start of the second half as Dozzell came on for the injured Ilias Chair, but it failed to inspire much in the way of a chance for the home side.

Scott Parker then responded with a change of his own just before the hour as Jaidon Anthony came on for Stanislas, but the young winger soon spurned a glorious chance to double Bournemouth’s lead, somehow missing a nearly empty net from just a couple of yards after Jack Stacey’s cross had found him at the back stick.

But Bournemouth would not pay for that miss, and things went from bad to worse for QPR late on. A late altercation between Yoann Barbet and Solanke led to a melee, which saw Dozzell get involved and pick up a second yellow card, leaving the home side to see out the final moments with 10 men.

QPR’s Mark Warburton: “Some of the decisions I have to question. I thought it was a good game of football in terms of two teams going for it. There are fine margins in this league. How it was a free-kick [that led to the goal] I’m not sure. I’m very frustrated with some of those aspects.

“We weren’t at our best. But we were good enough to get something out of the game. I’m disappointed.” 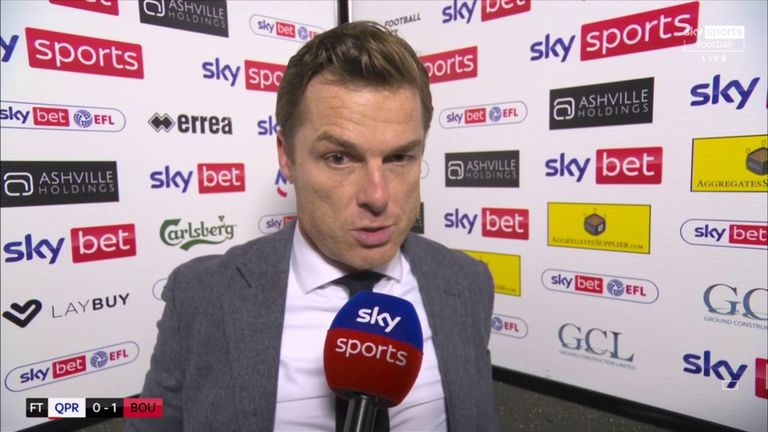 Scott Parker was full of praise for his players as they battled out a hard 1-0 win against QPR.

Bournemouth’s Scott Parker: “I’m very proud of my team. The game we saw today is the Championship. You need to come with a certain ingredient and have something about you. I thought my team to a man had every bit of that, we played very well and had some very big chances.

“It was a lovely header from Dom, and fair play to him because he missed a big chance before that which he should put away. But he got enough on it to put it in the net. It was very pleasing.”

Man of the Match – Dom Solanke 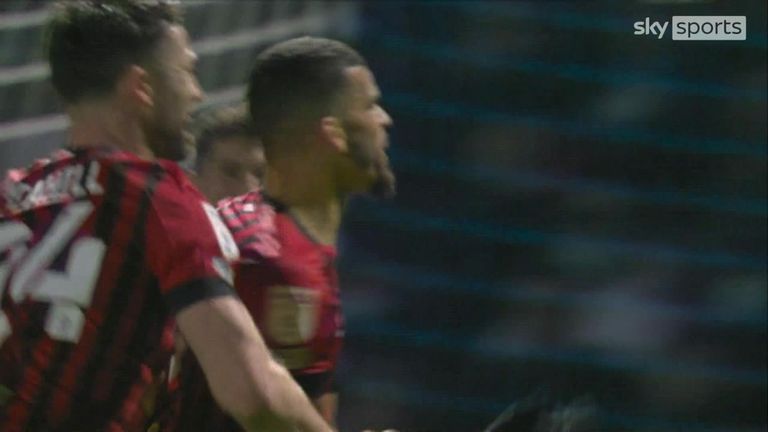 Perhaps the most impressive thing about Solanke’s display was the way he brushed off a near-staggering miss to go and finish a much more difficult opportunity to hand Bournemouth the win. In any other season he would be the clear standout striker at this level, but with 17 for the season now he has every right to be talked about in the same conversation as Aleksandar Mitrovic and Ben Brereton Diaz.

Both sides are back in Championship action in 7.45pm kick-offs on Thursday, December 30. Bournemouth host Cardiff, and QPR head to Bristol City. Both games are live on Sky Sports Football Red Button and the Sky Sports app.