We look at what is being said, team news and all you need to know ahead of Saturday’s Super League Grand Final between Catalans Dragons and St Helens, live on Sky Sports…

*Finished top of the table, no Grand Final.

It has not been the easiest of rides for Catalans Dragons since they joined Super League in 2006, but the competition’s French representatives now stand on the verge of making history in the Grand Final.

Becoming the first overseas team to lift the trophy this Saturday at Old Trafford would be the culmination of a remarkable revival from narrowly avoiding relegation in 2017 to winning the Challenge Cup the following year and the League Leaders’ Shield this season.

Head coach Steve McNamara, a Grand Final runner-up as a player with Bradford Bulls in 1999, knows just how far the club has come even in the four-and-a-half years he has been there and believes they are still building.

“The club is 16 years old – we’re infants, we’re juniors compared to the history of a club like Saints,” McNamara said.

“It’s got that foundation of the club and we’re still building towards that and creating our foundations of the club for the generations and years to come.

“For us to represent Catalans and France in a Grand Final in England is right up the top there for me.” 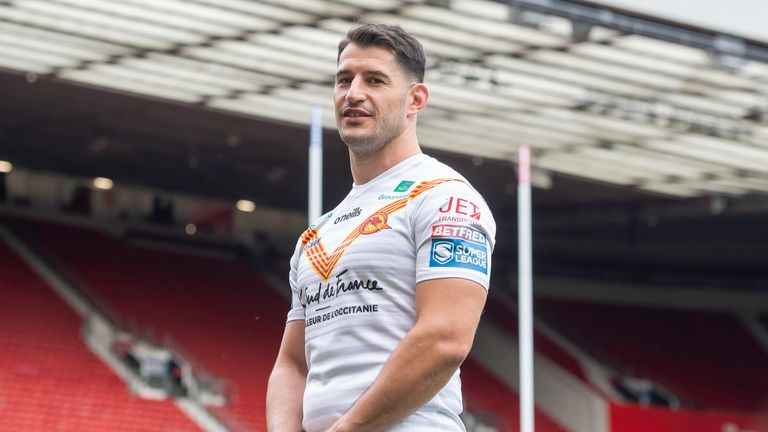 In France, the TV always talk about rugby union and football, but now they are starting to speak about rugby league, so it’s great.

Catalans captain Benjamin Garcia, who began playing as a junior with Avignon and had a spell in Australia before signing for the Dragons, is under no illusions about what victory over St Helens would do for rugby league far beyond their home city of Perpignan.

“It would bring it to another world,” Garcia said. “In France, the TV always talk about rugby union and football, but now they are starting to speak about rugby league, so it’s great.”

Can Saints achieve three in a row?

Much of the talk pre-match has been about whether Catalans can go on to make history, but opponents St Helens are aiming to become only the second team to win the Super League Grand Final three years running.

Leeds Rhinos achieved the feat as part of their golden generation in 2007, 2008 and 2009, while last year’s triumph behind closed doors in Hull was the first time Saints had won it back-to-back since 1999 and 2000.

Captain James Roby, who will be playing in his 10th Grand Final, is eager to match those great Rhinos teams, particularly as it could be his last Grand Final with the hooker due to retire at the end of next season.

“It would be very special,” Roby said. “Three in a row has only be done once before by Leeds and we’ve got an opportunity to maybe go on and do that, so if we could it would be fantastic.

“But also, I’m coming to the end now and it might be my last one, so if I can take this opportunity while it’s in front of me then I will really savour it.”

Saints have the opportunity to complete a Super League and Challenge Cup double for the first time since 2006 as well, although head coach Kristian Woolf insists all of the pressure is on the team which edged them out 31-30 in golden point extra time at Magic Weekend last month to secure top spot. 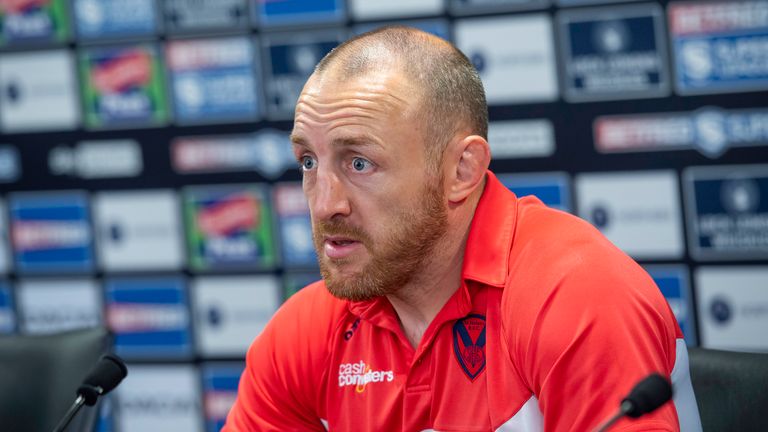 Three in a row has only be done once before by Leeds and we’ve got an opportunity to maybe go on and do that, so if we could it would be fantastic.

“League leaders, the Magic Weekend and all those kinds of thing put Catalans as favourites,” Woolf said.

“One thing is we can really enjoy this week and there’s only a lot of pressure when you haven’t done something for a long time.”

As well as the two teams involved, this weekend will be a special one for the sibling match officials who will take charge of the men’s and women’s Grand Finals.

Liam Moore, who has been referee for the past two Challenge Cup finals, now has the opportunity to control the big match at Old Trafford.

“This is a reward for his consistent performances throughout the 2021 season, which have already earned him a second consecutive Challenge Cup Final appointment at Wembley.”

Man of Steel Sam Tomkins is on course to return for Catalans in the Grand Final after a knee injury, although will not train ahead of the match in an effort to ensure he is fully fit.

“He had his first training session when he was six years old, so I don’t think he needs to train much 26 years on,” McNamara, who has named an unchanged 21-man squad from the semi-final win over Hull KR, joked.

“We need to get him ready for the game. He’s in good shape, good form and in good spirits, and we’re very confident he’ll play at the weekend.”

Woolf, on the other hand, is likely to name the same matchday 17 which beat Leeds in last week’s semi-final after naming an unchanged 21-man squad for this clash.

“We’re lucky enough to be able to name the same team,” Woolf said. “I was really happy with what the 17 did last week [against Leeds].

“We’ve got improvement in us, which is a really good place to be in but, overall, our performance was good.”