Former Washington wide receiver Pierre Garcon believes his old team are still trying to find their identity, with the loss of Chase Young to injury making their job tougher over the second half of the season. Between notable similarities in measurables and the on-field grit and ferocity, Terry McLaurin resembles a lot of what Pierre Garcon stood for. Though the former Washington wide receiver admits his old team’s star weapon might have the edge over him.

McLaurin has been an ever-brightening light to an otherwise underwhelming season for Ron Rivera’s side with 49 catches for 632 yards and four touchdowns to follow up a breakout sophomore year in establishing himself as one of the league’s most dynamic receivers.

Leave him in space and he’ll run away from you, tighten the coverage and he’ll out-leap, out-wrestle and out-duel you; the 2019 third-round pick is not only among the most explosive in his position, but one of the NFL’s premier contested catch threats.

He has blessed Washington fans with a nostalgic blend of Garcon and Santana Moss or Garcon and DeSean Jackson or Garcon and Art Monk with the clutch catches, physical pop, home-run speed and sheer crowd-pleasing fight. Garcon is a fan.

“Ah man he might be better than me! He’s faster!” Garcon told Sky Sports, when asked if he sees himself in McLaurin. “But loving to block and loving to help and being tough, he got hurt this past Sunday and came back into the game with a collarbone so that’s showing a lot of toughness and we as former players and fans love seeing that and giving that hard effort and helps us praise him even more.

“What makes Terry McLaurin so special is his mindset, he’s always trying to take the ball to the house. He’s trying to get to the end zone, there’s a mission once he has the ball in his hand and he’s very quick and just makes those spectacular catches as well, that makes him up there with the top receivers because if you can take it to the house and make tough catches it’s very beneficial to the team.”

McLaurin has become the heartbeat of Washington, amplified by his grown man catch for a crucial first down while being crushed between two defenders on third-and-five during Sunday’s upset win over the Tampa Bay Buccaneers. Not many receivers in the NFL finish that play; he did, before getting back on his feet and beating his chest to a besotted home crowd.

Week 10 served as welcome respite for Washington on the back of a four-game losing streak, with quarterback Taylor Heinicke’s form naturally fluctuating in his first year as a starter in the absence of Ryan Fitzpatrick and last season’s No. 2-ranked defense having endured a surprise decline. 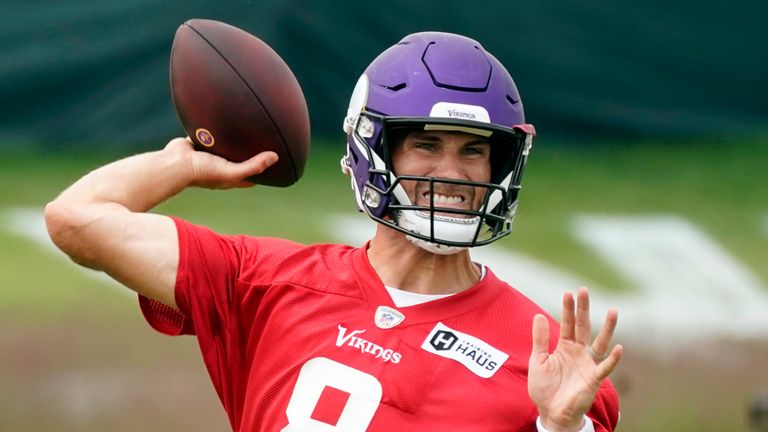 Garcon explains why his former Washington teammate Kirk Cousins, now of the Minnesota Vikings, must begin to perform on the big stage.

Garcon explains why his former Washington teammate Kirk Cousins, now of the Minnesota Vikings, must begin to perform on the big stage.

The win over Tampa did come at a cost, though, as second-year edge rusher Chase Young suffered a season-ending torn ACL.

“I think they’re still trying to find their identity,” admitted Garcon. “The defense took a big hit with Chase Young being hurt but we always know that d-Line, the pressure is what gets that quarterback rattled. They have guys that need to step up now with Chase Young being out, they’re still leaning on their defense to take them to the playoffs but it’s a lot of guys that have to step up now and the job just got a little bit tougher without Chase Young.”

From one of Garcon’s former teams to another in the Indianapolis Colts, who also boast one of the league’s most productive young receivers.

“I’m a big fan of him, I’m a big fan of his dad (former NFL running back Michael Pittman Sr), I remember watching his dad because his dad played for Tampa Bay and we used to watch those games all the time in South Florida and I’m happy he’s doing well,” added Garcon.

“He’s a big guy, he’s fast, he’s making plays, he’s got a lot of yards this year for the Indianapolis Colts so I’m excited to see how he continues to grow. We don’t talk about him as much but he’s producing.” 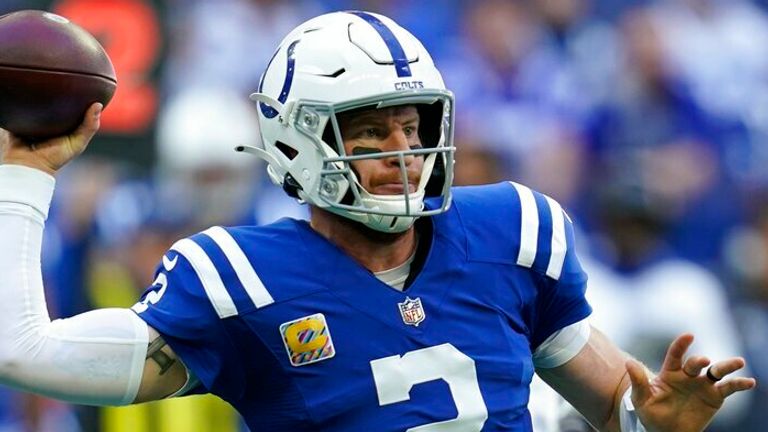 While Jonathan Taylor has excelled out of the backfield as the league’s joint-leader in rushing yards, Pittman has become the go-to target for Carson Wentz in what poses as a fresh start for the former Philadelphia Eagles quarterback.

Is Indy where he gets his career back on track?

“I think so,” said Garcon. “He has a great relationship with Frank Reich the head coach. He’s not on an extended rope but he’s a veteran you can trust to get back on track to who he was because injuries were also a part of his thing and obviously being part of a new area, new system, new players, he has to get familiar with them. Players love playing for Carson Wentz so I can see him reviving his career in Indianapolis.”