Shardul Thakur bagged a seven-wicket haul for India to leave the second Test against South Africa delicately poised after day two; Hosts bowled out for 229 and India close on 85-2 to open up a 58-run advantage – watch live on Sky Sports Cricket 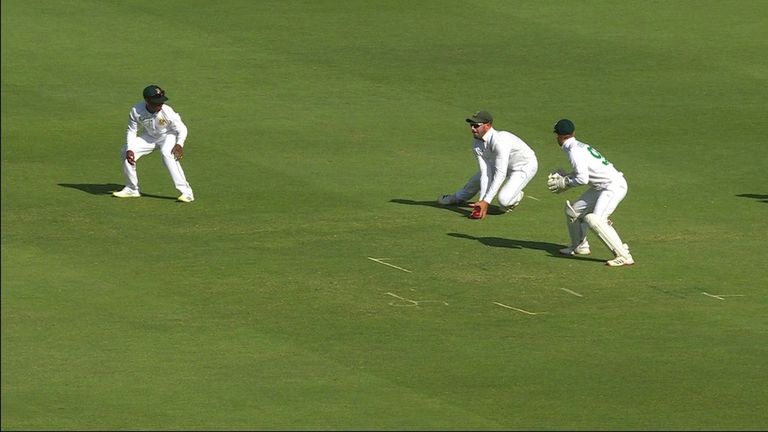 KL Rahul was less than impressed when he was given out against South Africa – had the ball been grounded before it was caught?

KL Rahul was less than impressed when he was given out against South Africa – had the ball been grounded before it was caught?

Shardul Thakur produced the best figures by an Indian bowler against South Africa as the tourists battled back on day two of the second Test in Johannesburg.

Thakur ripped through the South African top order and took the last two wickets with successive deliveries to finish with 7-61, as the hosts were limited to a 27-run first-innings lead after being bowled out for 229.

India’s stand-in skipper K.L Rahul was dismissed for eight after Aiden Markram’s contentious slip catch off Marco Jansen’s bowling, with replays inconclusive on whether the ball had been grounded, while Mayank Agarwal (23) was trapped LBW.

Cheteshwar Pujara posted an unbeaten 35 and Ajinkya Rahane (11no) safely negotiated the final overs to see India reach stumps on 85-2 and with a 58-run advantage going into the third day.

India, missing their regular captain Virat Kohli through injury, are chasing a first-ever series victory in South Africa and lead 1-0 in the three-match series after their 113-run opening-Test victory.

The hosts started day two on 35-1 and added another 53 runs to their overnight total before losing skipper Dean Elgar (28), with Keegan Petersen top-scoring for the hosts with 62 before also being dismissed by Thakur.

Rassie van der Dussen went cheaply off the last ball of the first session, with an inside edge, although television replays suggested the ball might have fallen short before being claimed by India wicketkeeper Rishabh Pant.

Temba Bavuma posted 51 from just 60 deliveries, while contributions of 21 from each of Kyle Verreynne, Marco Jansen and Keshav Maharaj helped South Africa move ahead of India’s total of 202.

Thakur also took the last two wickets after the tail wagged, with his 7-61 seeing him better Ravichandran Ashwin’s record of 7-66 in 2015 as the best bowling figures by an Indian bowler in a Test innings against South Africa.