It is not so long ago that Swindon Town were in disarray. Relegation had been the culmination rather than the cause of their problems as Lee Power’s ownership came to a bitter end. John McGreal had been appointed manager in May. He left in June.

Perhaps you heard the tales, detailed in The Athletic, about players being denied medical scans, GPS vest data going unread. No strength and conditioning coach. Nobody qualified to mix the protein shakes. Preparations were described as Sunday League level.

Even pre-season was postponed. Swindon only had seven players.

That was the environment inherited by new owner Clem Morfuni, sporting director Ben Chorley, and, finally, head coach Ben Garner. The remit was to rebuild, keep the club afloat. Then they won three of their first five and finished August two points off top.

“It is amazing how things change in football,” Garner tells Sky Sports. “People were talking about us dropping out of the Football League. We have a reasonable start and suddenly people are talking about how we should be getting promoted six weeks later.”

Garner, 41, is laughing as he reflects on a first few months in the job that he understatedly describes as hectic. For him, the remit has not changed. “The aim is to stay in the league, build strong foundations and allow the club to move forwards, improving in every area.”

The problems are being addressed. Sunday League, no more. “We are trying to create an elite environment here,” he explains. “In terms of sports science, medical, nutrition and obviously from a coaching perspective, we try to give them the best possible.”

It is quite the change of mood, a testament to Garner’s work on the pitch and Morfuni’s impact off it. When he arrived, Swindon had seemed to be in a race with Oldham Athletic to become the first former Premier League club to drop out of the Football League.

Morfuni set the tone by greeting supporters buying season tickets at the club, thanking them in person. Engagement has improved, the transparency welcomed by long-suffering fans. Optimism has come with it, the belief that there are better times ahead.

“There was a lot of damage that had been done,” says Garner. “The owner inherited that and has set about putting that right by bringing some clear direction. I would imagine for the football club and the town, he has been a breath of fresh air, really.

“He is a very straight guy, very honest. He has basically done exactly what he said he was going to do when I first started talking to him. He laid out exactly how he wanted to change the club and what my role would be in that and he has delivered on that.

“There has been a thread of positivity running among the local community. It is nice to see the impact that it has on people’s lives. The amount of people who have come up to me and said they are happy to have their football club back, that is what it is all about.”

There has been a bit of time to reflect now too.

“We actually got a couple of weeks into the season and looked back on the squad that we had for that first friendly against Weymouth. The transformation was remarkable in terms of the turnaround, getting players in and up to speed with a very short pre-season.”

For Garner, the first step was to ensure everyone at the club was looking forward rather than back. “From day one, we drew a line under everything that had gone on in the past and made it clear that it was a new start from top to bottom,” he says.

“We were very positive about the way we wanted to play. It helped that it fitted the players who were already here, even though there were only seven of them. I think they wanted to do what we wanted to do. That made the process a lot easier.”

It helped too that there was alignment with sporting director Chorley. “We probably surprised ourselves because when we came together we each had our list of players and maybe 75 to 80 per cent of that list matched up. We were on the same page.”

Some experience was added. Ben Gladwin returned to the club. Garner knew Jonny Williams from their time together at Crystal Palace. But the focus was on young and hungry players, potential that could be unlocked, talent that could be moulded.

Tyreece Simpson, 19, has come in on loan from Ipswich and is the top scorer. Kaine Hayden, 18, has been borrowed from Aston Villa. Romoney Crichlow-Noble, 22, has arrived from Huddersfield on a season-long loan. A new squad has begun to emerge.

“We have brought in players who not only fit how we want to play but we also did a lot of due diligence. We are big believers in having the right characters so we did a lot of background checks to make sure they are the people we want in the dressing room.

“I think we surprised ourselves how many of those we wanted we were able to bring in. Credit to those players for buying into the vision and the identity of what we want moving forwards. They want to be part of that and write the next chapter in the club’s history.”

Like many of his young players, Garner knows he has much to prove himself. He is a coach of considerable pedigree, having worked with Premier League players at Crystal Palace and West Bromwich Albion. But his first managerial role at Bristol Rovers was challenging. 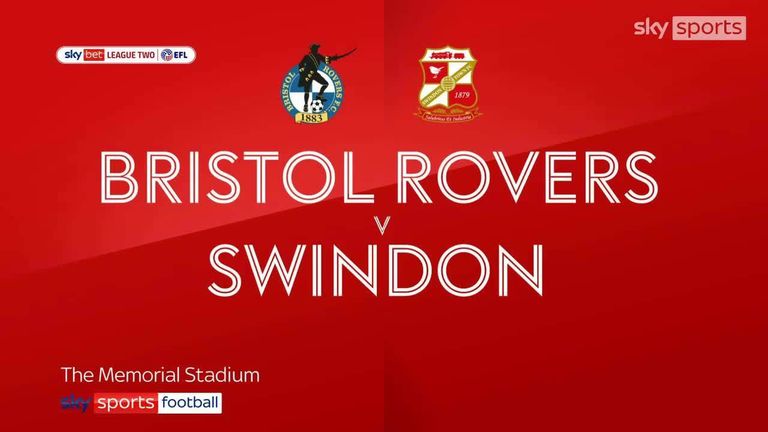 Joey Barton, their current manager, was typically forthright in laying the blame for that club’s subsequent relegation at his predecessors. Though Garner had been in charge for fewer of the 46 games than Barton, his work was described as ‘negligent’.

“In this industry, especially this role, you have to be thick-skinned,” he says. “If you cannot take criticism and setbacks, it is not for you. You cannot control that so there is no point worrying about it or paying any attention. The only thing you can focus on is yourself.”

That is what he did after losing his job at the Memorial Stadium.

“I took a week or so after leaving to switch off, then I just set about reflecting on everything,” he adds.

“I drew up a document of what was out of my control and parked it because you cannot influence that. I looked at what was in my control, what I can learn from. I also looked at what I did well. I reviewed everything and focused on improving in those areas.

“The easy option would have been for me to walk away from doing it or to go back to being an assistant or a coach, shy away from it a bit. But I still had that burning desire to be a manager and show that I can do this job and do it well. Ultimately, it made me better.”

Garner is keen to stress that managers can only influence so much and that the credit belongs to the players. Even so, he enjoyed the win last time out, a cathartic 3-1 victory away to Barton’s Bristol Rovers that lifted Swindon back into the play-off positions.

It is Forest Green next up, the league leaders away from home, live on Sky Sports. It will be a huge test with five players unavailable because of international commitments. “We are proud of that as a club. It is fantastic for them and we trust the players still here.”

Swindon go there with hope. They have come a long way.

“We have already made some big improvements but there is still a lot more we want to do. We want to keep pushing and keep getting better as a group. It is a great club with a great owner and great people, a club with a huge fan base and potentially a very big club.

“It has the capability to go through the leagues. But the focus is to keep improving every week because you can have these dreams about where we will be in years to come but it is what we do on a daily basis that will take us on that journey.”