Klay Thompson has confirmed that he will return from a 941-day absence when the Golden State Warriors host the Cleveland Cavaliers on Sunday night.

Nearly 31 months after tearing the ACL in his left knee in Game 6 of the 2019 NBA Finals against the Toronto Raptors, and almost 14 months after suffering a ruptured right Achilles in the lead-up to the 2020/21 season, Thompson has been cleared to re-join a team that has started this campaign 29-9 without him.

Thompson’s return will be shown live on Sky Sports, with coverage beginning at 1.30am in the early hours of Monday morning UK time.

Moments after Saturday’s practice ended and Golden State coach Steve Kerr told the media, “It’s not my announcement or decision to make,” the Warriors tweeted out a statement from Thompson titled “The Wait Is Over.”

It read: “I hate to use the phrase ‘can’t wait’ because I love to be present in my life but I cannot wait to play in front of our fans again. I really, really enjoy being a Warrior.” 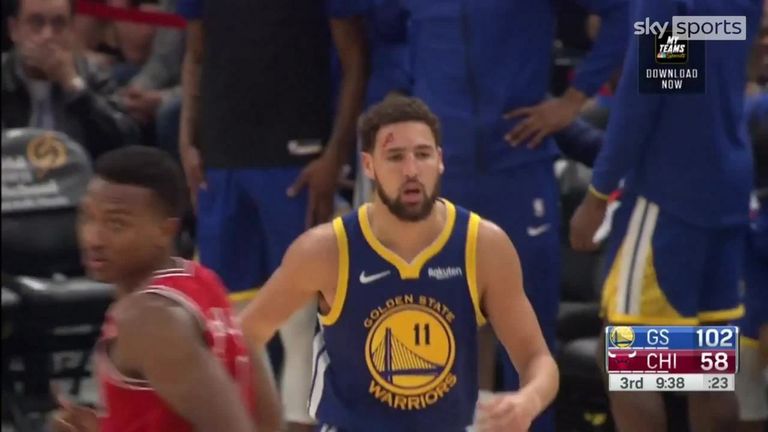 Without giving away Thompson’s secret, Kerr noted moments earlier that the 31-year-old would return as a starter, before coyly adding, “When he comes back… it will be one of the most emotional nights of my basketball life.”

Thompson’s last game was June 13, 2019 against Toronto, in a loss that ended Golden State’s bid for a fourth title in five seasons. He has missed the club’s last 175 regular-season games and both 2021 play-in tournament games, with the Warriors not having returned to the playoffs since his knee injury.

His return comes just as the Warriors have been saddled with their first two-game losing streak of the season. They were without Stephen Curry (bruised right quad) and Draymond Green (strained left hip) in a 101-96 loss at New Orleans on Thursday that completed an 0-2 trip. Golden State lost the night before, 99-82 at Dallas.

Several of Thompson’s Warriors team-mates, including Curry, Green and Andre Iguodala, took to social media on Saturday evening to express their excitement at his return.

In the Cavaliers, Thompson will see a surprisingly familiar opponent despite being from the other conference. That’s because Golden State and Cleveland have met in 22 playoff games – four straight times in NBA Finals from 2015-18 – during which Thompson helped lead the Warriors to 15 wins and three championships.

After getting hit hard by Covid at the end of December, Cleveland has gotten healthier in the past week, winning two of three, including 114-101 at Portland on Friday in the opener of a six-game trip.

Darius Garland led the way with 26 points, but the big news was the smooth transition of Rajon Rondo, who made his Cavaliers debut off the bench with 11 points, five rebounds and three assists in 17 minutes. 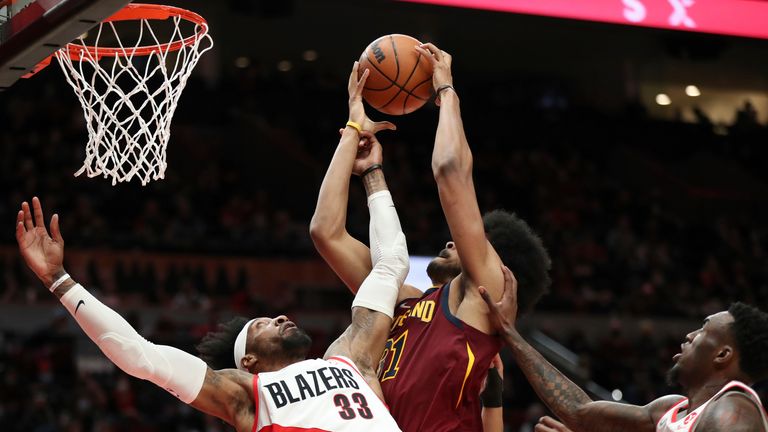 “It was fun,” Garland said afterward. “The first couple plays were kinda like: Dang, that’s Rondo on the floor.’ But it was cool. Rondo’s a really good guy; he’s a great vet; he’s a leader on the floor. So it was fun playing with him.”

Rondo is filling the void created when Ricky Rubio suffered a torn left ACL last month. Rubio is out for the season, joining high-scoring guard Collin Sexton (torn meniscus in left knee) in that distinction.

The clubs met once earlier this season, with the Warriors rallying from an 81-68 deficit at the end of the third quarter to shock the Cavaliers and their home fans with a 36-8 finish.

Curry (20 points), Damion Lee (nine) and Juan Toscano-Anderson (seven) combined to do all the Golden State fourth-quarter scoring in the remarkable comeback that produced a 104-89 win.

Curry paced the Warriors with 40 points. Garland had 25 for the Cavaliers.