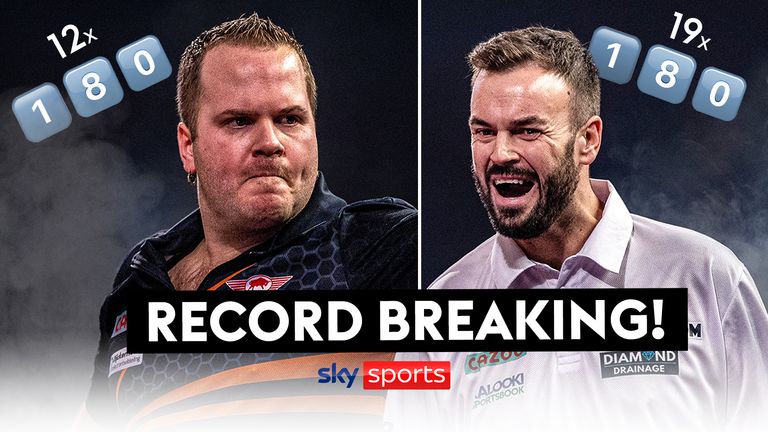 Dirk Van Duijvenbode and Ross Smith set a new best-of-seven-sets record at Alexandra Palace. They hit 31 180s in their third round epic, including an individual record for Smith.

Dirk Van Duijvenbode and Ross Smith set a new best-of-seven-sets record at Alexandra Palace. They hit 31 180s in their third round epic, including an individual record for Smith.

Dirk van Duijvenbode secured a nail-biting 4-3 victory over Ross Smith in a dramatic deciding leg on Day 12 of the Cazoo World Darts Championship.

With a record-breaking 31 180s scored in the tense encounter, Van Duijvenbode and Smith treated the Alexandra Palace crowd to a classic, Van Duijvenbode clinching it on tops to set up a clash with Michael van Gerwen in round four.

Smith started with a real statement of intent, checking out on 156 in the first leg but Van Duijvenbode hit back with a huge 136 checkout of his own to level things up, Smith’s inaccuracy on the doubles costing him in the end and handing Van Duijvenbode the first set. 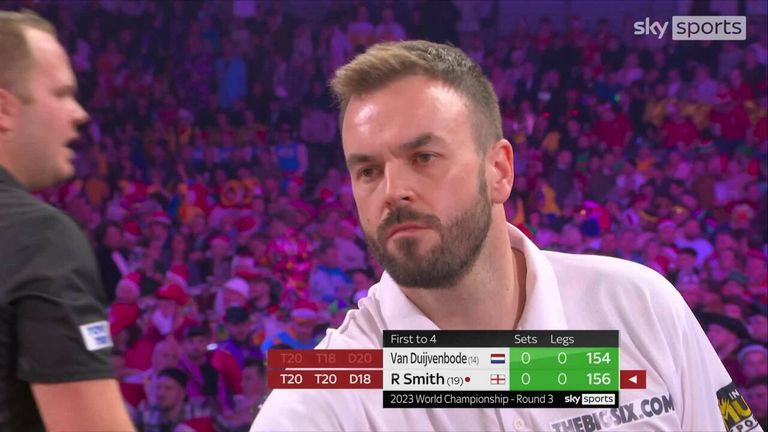 However, the barrage then came from Smith, hitting four maximums and back-to-back 13-dart legs on D18 to bring the tie level at 2-2, before taking the lead for the first time after a nervy fifth set.

From there, the tension continued to rise as Smith forced Van Duijvenbode to throw to stay in the match, the Dutchman withstanding the pressure to take the set on D4 and force a decider.

If there wasn’t already pressure, the magnitude of a sudden death final brought the Alexandra Palace crowd’s volume to a new level, Smith missing four match darts before hitting a record-breaking 30th 180 for a 3-2 lead.

The final match of the afternoon session saw Stephen Bunting beat fellow St Helens player Dave Chisnall for the first time in five years to take the spoils in a 4-2 victory. 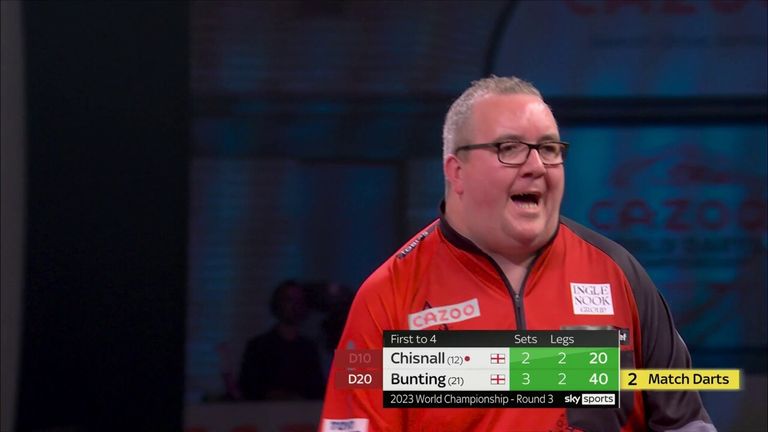 Stephen Bunting beats Dave Chisnall for the first time in five years as he lost his last eight games against his fellow St. Helens man.

Stephen Bunting beats Dave Chisnall for the first time in five years as he lost his last eight games against his fellow St. Helens man.

Bunting came out firing as he took out 126 for the first leg but Chisnall instantly fought back to break the throw with a 114 finish before reeling off three maximums to take the first set.

With both showing incredible accuracy on the trebles, Bunting wrestled some control in the second set, firing in back-to-back 180s for a clean sweep to bring things level at one set apiece.

Bunting’s ruthlessness on the outer ring continued to give him joy and with a brilliant double tops finish to take out 140, he secured six consecutive legs and a 2-1 lead. However, Chisnall fought back and a rare sloppy leg from Bunting, plus two more maximums from Chizzy, brought the match level. 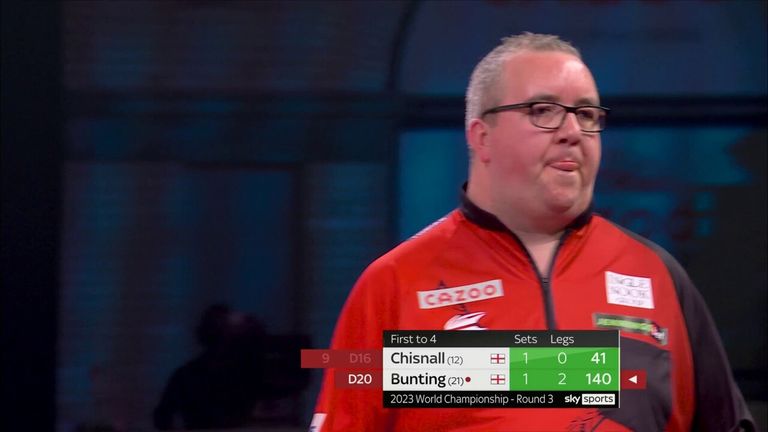 The two players continued to push each other all the way and with Chisnall averaging 107.55 and Bunting just behind on 105.55, the latter found a break of throw in a crucial deciding leg to take a 3-2 lead.

From there, Bunting and Chisnall traded breaks of throw with some incredible ton-plus finishes, Bunting taking out a 104 before Chizzy fought back with a 108, Bunting then holding his nerve for another break of throw and giving himself the darts for the match.

With the pressure on, Bunting fumbled his first chance to take tops for the match, but a perfectly timed maximum against the throw gave him another chance at the D20 finish which he finally took to beat Chisnall with an impressive 102.24 average along with 26 140s.

Cross cruises to victory against King

In the second match of the afternoon, Rob Cross dominated Mervyn King from the off for a 4-1 victory, winning the opening set 3-0 before following it up with an equally comfortable second set. 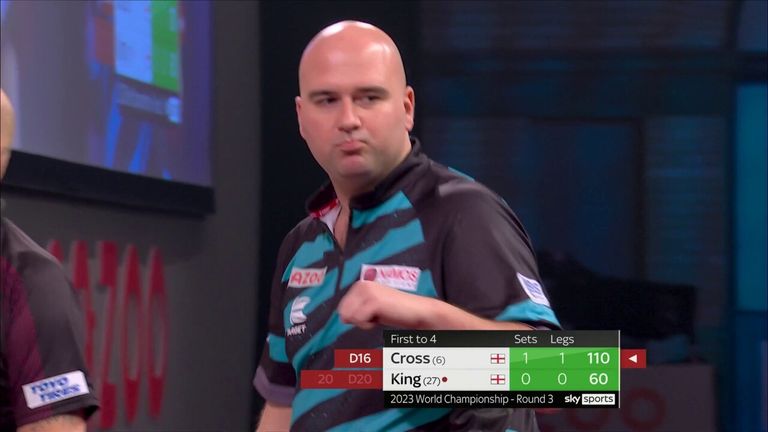 The world number six hardly broke a sweat and didn’t give King a sniff early on. King lost back-to-back 3-0 sets and didn’t even have a chance at a double in the first two sets.

King avoided the possibility of losing 12 legs for no reply after he won his first leg in the third set with a 136 checkout. But Cross went 3-0 up after King missed the chance to level up the set on 36.

The big 136 in the third leg gave King confidence, and he stayed in the match with a 3-1 win in the fourth set.

However, normal service resumed in the fifth set despite King taking the first leg. Cross won three legs on the bounce to take the match and set up a tie against Chris Dobey.

Michael Smith and Joe Cullen close out a bumper afternoon session in what should be a contest full of thrills and spills.

Firm favourite Michael van Gerwen headlines the evening session with the Dutchman continuing his bid to land a fourth world title and first since 2019.

There’s a break on New Year’s Eve but then the quarter-finals, semi-finals and final take place from January 1-3.