Max Verstappen won the French GP to extend his world championship lead to 63 points; Charles Leclerc crashed out from the lead on lap 18; the season continues next weekend with the Hungarian GP, all live on Sky Sports F1 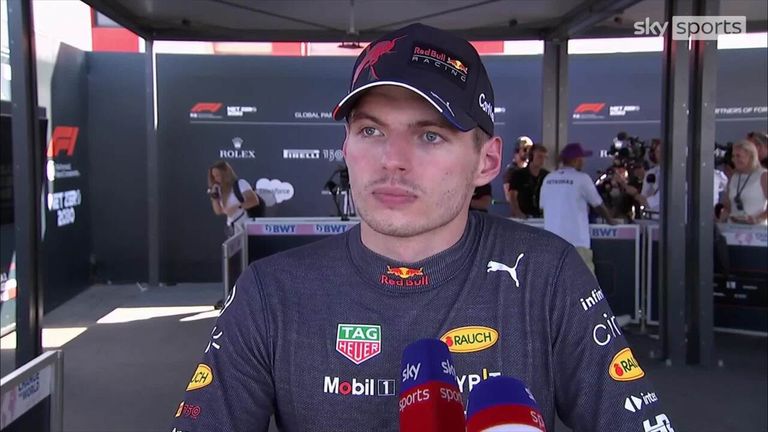 French Grand Prix winner Max Verstappen said he “felt sorry” for world championship rival Charles Leclerc after the Ferrari driver crashed out from the lead at the Paul Ricard Circuit.

Leclerc and Verstappen appeared set for another thrilling battle after the Ferrari had held off the Red Bull in the opening stages, but the lap-18 crash left Verstappen to cruise to a straightforward victory, which extended his world championship lead to 63 points.

A distraught Leclerc let out an anguished scream over team radio in the immediate aftermath of the crash, before taking responsibility for making an “unacceptable mistake” in his post-race interview.

“It would have been a really good battle to the end, unfortunately we never got to that, but luckily Charles is okay,” said Verstappen, who was joined by Mercedes duo Lewis Hamilton and George Russell on the podium.

It was the second time this season a driver error has cost Leclerc points, and reigning world champion Verstappen was asked if his greater experience was proving a crucial factor in the title battle.

“It’s difficult to tell,” the Dutchman responded. “Mistakes are easily made. So, I don’t know. I feel sorry for him of course. It’s not nice and he knows that.

“We’ve still got a lot of races to go and there will be a few tough weekends for us as well.” 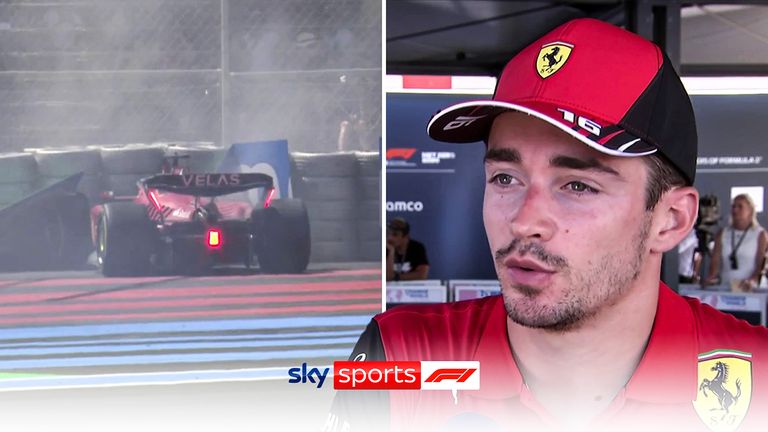 “The main thing today was that Charles was OK,” Horner said. “It was a cracking race between the two of them in that first stint, and a nasty looking incident.”

“He [Leclerc] is a very strong driver. These two guys are pushing each other so hard and these cars are right on the edge in these conditions. His bad luck was our good luck today and it’s swung around during the course of the year.”

Verstappen applied intense pressure to Leclerc in the opening stages of the race, but having been unable to get past the Ferrari, came in for a pit stop on lap 17, at which point it was unclear whether the leaders would be using a one or two-stop strategy in the extreme heat of Le Castellet.

Ferrari opted to keep Leclerc out, adding an intriguing battle of strategies to the differences in setup the teams had gone into the race with. 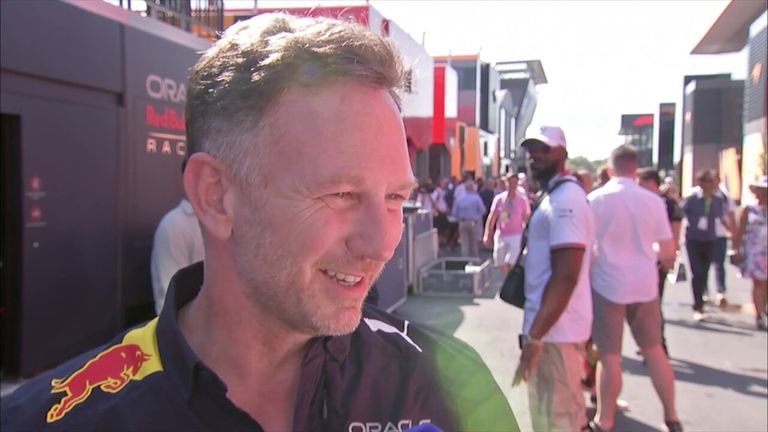 Christian Horner says it was a straightforward victory for Verstappen

Christian Horner says it was a straightforward victory for Verstappen

Leclerc’s crash cut short the contest, leaving both teams to wonder what might have been after the race.

“We hit the button early and went for the undercut,” said Horner, who insisted Red Bull had pitted Verstappen with the intention of making only one stop. “Max effectively got track position. It’s a shame we didn’t get to see how that would have played out.

“At the beginning of the race we were thinking that in the temperatures, it was looking more like a two-stopper, but the way that Max was able to follow, the tyre temperatures were actually looking pretty under control, wear was looking good, we weren’t blistering as much as the Ferrari was. 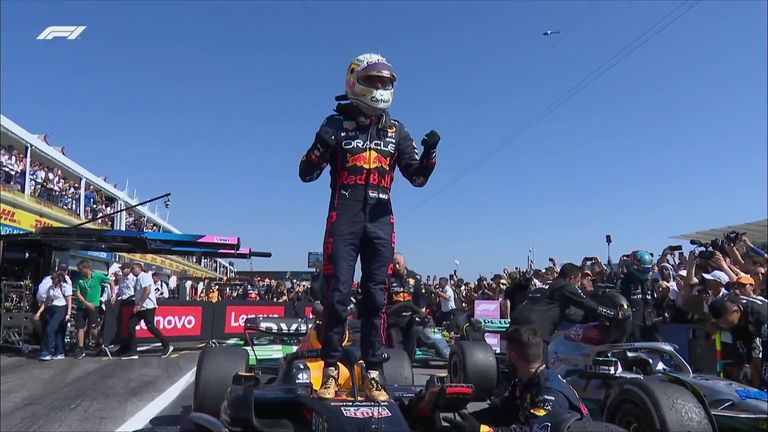 Despite his significant world championship lead, Verstappen insisted the team must remain focused as they prepare for next weekend’s Hungarian GP, which is the final race before F1’s summer break.

“We’re halfway only so there are still a lot of races to go, and a lot of things can happen,” Verstappen said. “I don’t really look at that lead.

“We still have a lot of work to do. We are still behind over one lap and I don’t expect Hungary to be particularly our best track, because I do think we are lacking a bit of downforce compared to Ferrari and that’s what you need around there.”