Max Verstappen was in a league of his own in Practice Three at the French GP; the world championship leader was comfortably clear of the Ferraris of Carlos Sainz and Charles Leclerc; watch French GP qualifying live on Sky Sports F1 from 2:35pm on Saturday 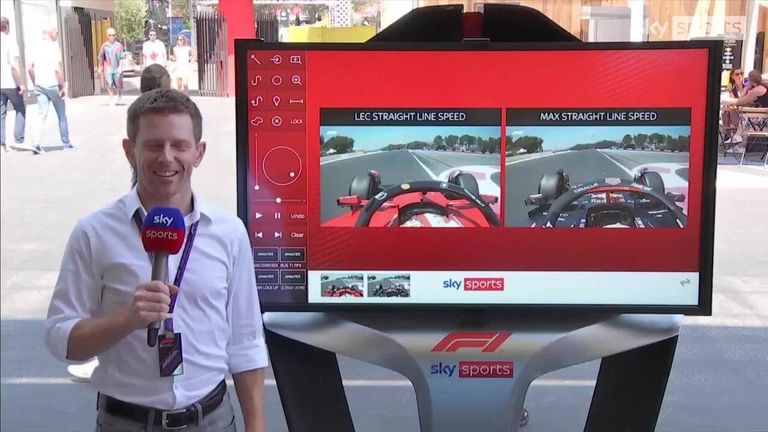 Max Verstappen produced a dominant display in final practice at the French GP to outpace Ferrari and establish Red Bull as favourites for qualifying at the Paul Ricard Circuit.

In a remarkable show of speed from the world championship leader, Verstappen topped the timesheet for much of the session on the less swift medium tyre, before re-establishing his lead when switching to softs in the closing stages.

The Dutchman’s 1:32.272 left him 0.354s clear of Carlos Sainz in second, with the other Ferrari of Charles Leclerc a further three tenths back in third.

Lewis Hamilton beat the second Red Bull of Sergio Perez to fourth, with Mercedes team-mate George Russell fifth, but each of the trio were in the region of a full second back from Verstappen.

Red Bull’s hopes of ending a two-race winning streak for Ferrari were further enhanced during Practice Three as it was confirmed Sainz will start from the rear of the grid in Sunday’s race after taking a full haul of new engine parts. The only consolation for Sainz was that he may not be at the very back of the grid, with Haas’ Kevin Magnussen facing the same penalty.

Fernando Alonso was the best of the rest in seventh for Alpine, while Alex Albon led an encouraging display from Williams by finishing eighth, with team-mate Nicholas Latifi 12th.

The McLaren of Lando Norris and Yuki Tsunoda’s AlphaTauri rounded out the top 10, while there was concern for Sebastian Vettel who finished last after ending his session early having damaged his Aston Martin.

‘Red Bull could be unstoppable’

Verstappen’s dominance in Practice Three came as somewhat of a surprise after Ferrari had topped the timesheet in both of Friday’s sessions, particularly after the reigning world champion had admitted the team had “work to do” after being off the pace in FP2.

However, the Red Bulls were straight out on track at the start of Saturday’s session, and Verstappen immediately displayed major improvement.

No other car, with many of them on soft tyres, could initially get near the time he set on medium tyres, with Sainz eventually topping his effort as the session entered its final third.

However, when Red Bull put soft tyres on Verstappen’s car, he immediately catapulted comfortably clear of the Spaniard once more.

The performance was made all the more concerning for Ferrari by the fact that Red Bull had appeared to have the stronger long-run pace during Friday’s simulations, although it is possible the Italian team have adjusted their setup in an attempt to lean towards Sunday’s performance. 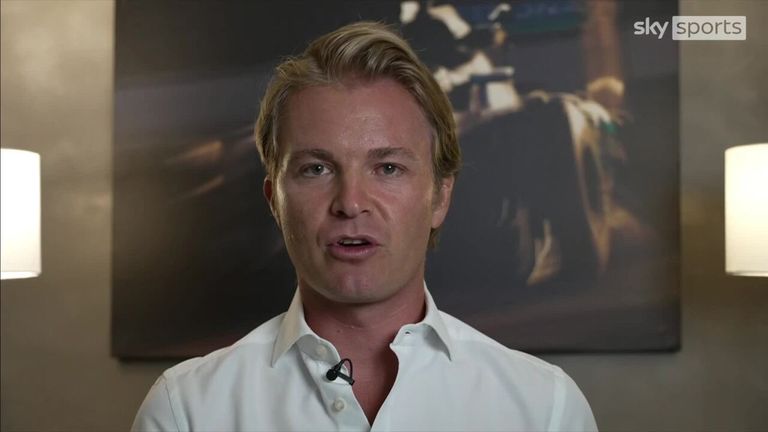 Nico Rosberg reflects on an ‘exciting’ title race so far and feels Ferrari are still showing their edge and challenging Red Bull for points.

Nico Rosberg reflects on an ‘exciting’ title race so far and feels Ferrari are still showing their edge and challenging Red Bull for points.

Sky Sports F1’s Paul Di Resta said: “If Red Bull have been able to engineer and keep the speed that they had yesterday in the long runs and still continue the short-run improvement, then they’re kind of unstoppable.

Mercedes, who disappointed on Friday having entered the weekend with hopes of challenging Red Bull and Ferrari, began the session with eye-catching alternative setups for Hamilton and Russell, who ran vastly different rear wings.

Hamilton’s was designed to offer more downforce and speed through the corners, but would potentially cost him straight-line speed.

The initial results were concerning as Hamilton uttered his surprise at being 1.7s behind Verstappen early in the session, while Russell was left with a similar deficit despite the difference between their setups.

However, after several returns to the garage to tweak his setup, Hamilton was able to set a relatively competitive time, outpacing the second Red Bull of Perez and staying within striking distance of Leclerc in third.

The fact that Mercedes have generally had better race than qualifying pace this season may give the Silver Arrows hope they could extend a run of four consecutive podium finishes, especially with Sainz starting from the back.