Steve McNamara is seeking answers to Catalans Dragons’ recent dip in form as they prepare to take on another of Super League’s top four on Saturday evening.

The fourth-placed Dragons welcome the third-placed Giants to Stade Gilbert Brutus as they aim to rebound from back-to-back loses to Warrington Wolves at Magic Weekend and Salford Red Devils last Sunday.

Those loses had been preceded by a 20-18 win at home to St Helens and head coach McNamara knows the French side must quickly turn things around with the play-offs looming on the horizon.

“We are a long way off where we want to be,” McNamara said. “In recent times we’ve had some good times and we are not what we want to be.

“As head coach, I need to find the answers pretty quickly. Our last two performances [against Warrington and Salford] on the back of a really good performance [against St Helens] is disappointing.

“But it’s not one specific area where we are struggling, it’s all parts of our game. We need to draw breath and get some answers and put things right pretty quickly.” 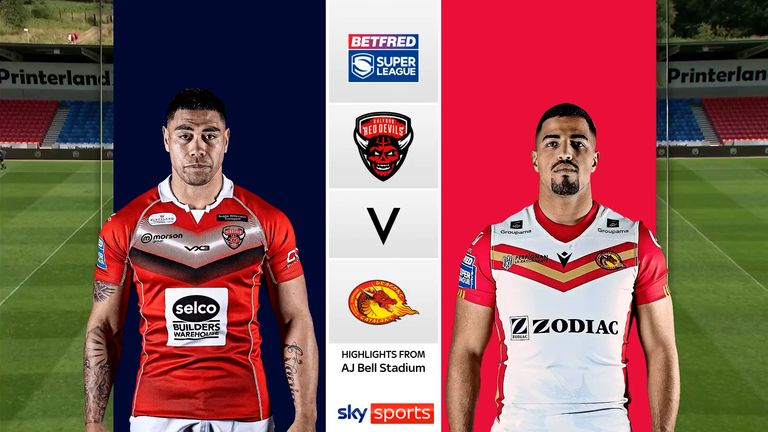 The best of the action from the Betfred Super League match between Salford Red Devils and Catalans Dragons.

The best of the action from the Betfred Super League match between Salford Red Devils and Catalans Dragons.

Catalans’ cause has not been helped by injuries in recent weeks, with Julian Bousquet and Matt Whitley joining those already on the sidelines after being forced off in the 32-6 defeat to Salford. Michael McIlorum and Dylan Napa are suspended too.

Huddersfield, meanwhile, head to Perpignan without Jermaine McGillvary and Tui Lolohea after both suffered injuries in last week’s 25-0 defeat at St Helens. Louis Senior is included in the squad though after being recalled from his loan spell at Hull Kingston Rovers.

Giants head coach Ian Watson is staying in a positive frame of mind despite that defeat to the champions though as they prepare to face a Catalans side they have already beaten twice this season.

“It was the kind of intensity [against St Helens] we needed because we’ve not had that since the Challenge Cup final,” Watson said. 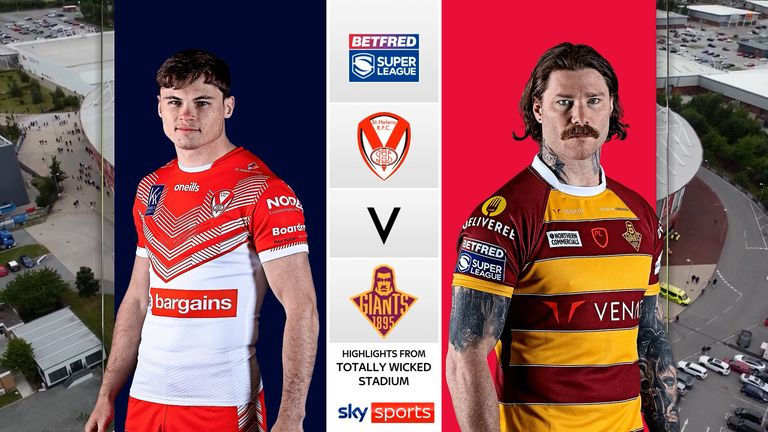 Highlights of the Super League match between St Helens and Huddersfield Giants.

Highlights of the Super League match between St Helens and Huddersfield Giants.

“I’m really confident with where we’re going. That was not our starting team out there and we will learn from this.”

Sylvain Houles believes Toulouse are showing they can match any other team in Super League as they aim to build on three straight wins in the home clash with Salford.

The French side climbed out of the relegation place and above Wakefield Trinity on points difference last weekend courtesy of a 20-6 win at home to Leeds Rhinos.

Head coach Houles is well aware there can be no let-up from his team as they aim to secure their Super League status for next year, but is in no doubt his players are up to the challenge.

“The last three games have been huge for us to build upon and there was pressure on us to continue winning, but the boys have shown they can handle pressure and they can keep on winning,” Houles said. The best of the action from the Super League match between Toulouse and Leeds Rhinos.

The best of the action from the Super League match between Toulouse and Leeds Rhinos.

“The boys have turned up every week and they believed in what we were doing, they believe in the club, and they want to keep us in Super League.

“We can compete with anyone and that’s what we’ve done, even when we had things tough. The boys fight hard for each other, and we will never give up.”

Toulouse, beaten 38-12 away to the Red Devils in only their second Super League match back in February, have vice-captain Maxime Puech back for the match, but Guy Armitage is out due to injury.

Salford, missing suspended forward Sam Luckley, head to Stade Ernest Wallon buoyed by the win at home to Catalans last weekend and head coach Paul Rowley is focusing only on his own team.

“We don’t worry too much about the opposition and we have shown we can have a dig against anyone,” Rowley said. “We will approach everything confidently – we respect everyone but don’t fear anyone.”

Willie Poching has backed Wakefield to turn things around with eight games of the regular season remaining as they prepare to face leaders St Helens in the final match of Round 20.

A 15-10 defeat away to Hull Kingston Rovers last Sunday left them bottom of the table and Trinity could hardly face a more onerous task than playing the reigning champions next.

Head coach Poching admits some changes need to be made to how his side are doing things, but he remains confident Wakefield will prevail and seal a place in Super League for 2023.

“I believe in the players and the group,” said Poching. “Obviously we’re going to have to make some alterations to what we’re doing, but I’m up for the fight and for every battle. 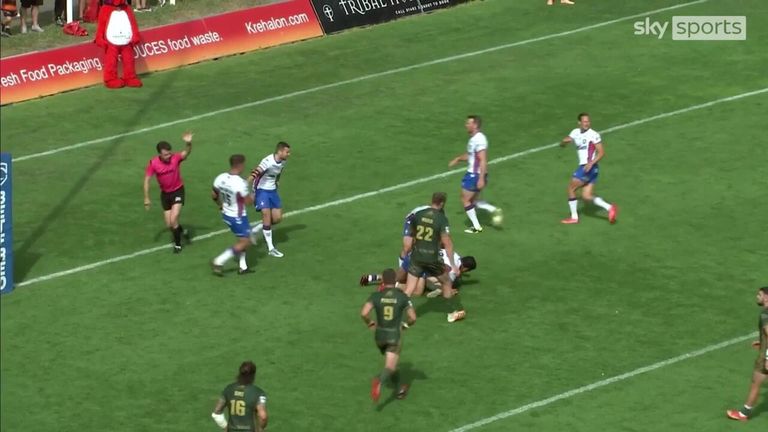 The best of the action from the Super League match between Hull KR and Wakefield.

The best of the action from the Super League match between Hull KR and Wakefield.

“We have to roll our sleeves up and punch our way out of it, but I’m confident we can do that.”

The match at Be Well Support Stadium is set to see Jamie Shaul, signing on loan from Hull FC earlier this week, make his Trinity debut. Lee Kershaw is included in the squad for the first time this year too.

Saints head to West Yorkshire without suspended duo Sione Mata’utia and Morgan Knowles, with the injured Will Hopoate set to see a specialist. Academy trio Lewis Baxter, Taylor Pemberton and George Delaney are included in Kristian Woolf’s squad though.

Despite their opponents’ struggles, head coach Woolf is expecting a fierce test from Wakefield.

“They will be desperate – and when you are desperate, you come up with your best effort,” Woolf said.

“If I look at all of the times we’ve played them in the three years I’ve been here, they’ve come up with a performance every time and they’ve been really challenging every time. That’s exactly what we’re expecting.

“At the end of the day, what it comes back to is what we put on the field and we need to be just as desperate to what we want to achieve.”