Mark Webster assesses Welsh stars Gerwyn Price and Jonny Clayton as the fourth round of the PDC World Darts Championship gets underway on Wednesday evening. Watch it live on Sky Sports Darts

When the seedings were confirmed for the 2022 PDC World Championship, the possibility of a Gerwyn Price vs Jonny Clayton quarter-final jumped off the page.

Jonny Clayton’s four major titles in the year have launched him to the tungsten top table, and he could be set for another memorable showdown with his compatriot if both players negotiate their fourth round assignments on Wednesday night.

Wednesday at the World Championship

Clayton produced eye-catching performances by seeing off Keane Barry and Gabriel Clemens but he now meets the form-player of the World Championship thus far.

Michael Smith overcame Ron Meulenkamp and William O’Connor in ruthless fashion, and the St Helens thrower will provide a stern test for the ‘Ferret’. 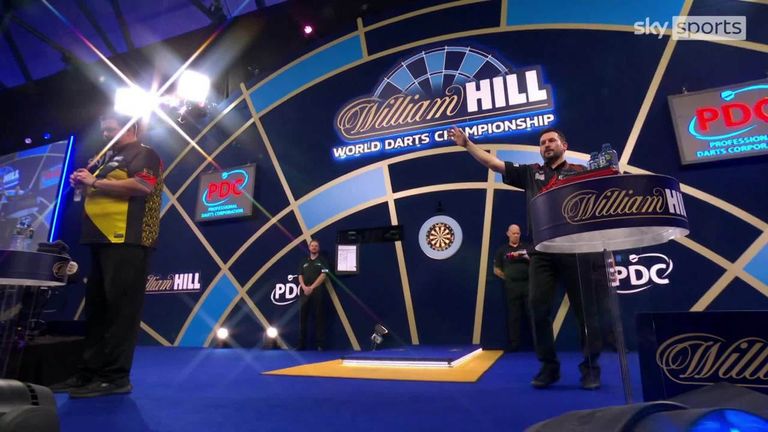 “Number eight and number nine in the world, they’re going to slug it out,” said Mark Webster.

“They’ve both been impressive, they’re both at a great level. It’s not like either of them have stuttered. Any setbacks, they’ve responded to.

“They’ve both had one comfortable game, they’ve had one that’s a battle.

“It’s that even. It’s going to be a great game played at a good pace. Michael Smith wants to make that next step and says he’s got a point to prove. Well he needs to dispatch Jonny Clayton.

“Jonny Clayton though is in the form of his life. When he goes up there, you expect it now. You’re not surprised when he produces these moments of magic.

“Those two boys are seriously talented. Nobody is going to run away with it. It’s going to be close, and as it should be in the last 16 with those two going at it.

“To me, it’s got seven sets written all over it. I think Clayton will just nick it, but don’t be surprised if Michael Smith [wins]. It is that close. I’m going on the basis of Clayton’s success this year. I think he just edges out Michael Smith and goes to the quarter-final.”

Although a major PDC title still eludes the ‘Bully Boy’, Webster says the 31-year-old remains primed for a significant breakthrough:

“Smith has got a new attitude now. I like it. He did it in the Grand Slam. The emotion, he’s keeping in check, whether negative or positive. He lets it out when he wins a game. He’s focused, and he’s ready, Michael Smith. Whether he does it here, I don’t know. But he’s ready.

“I think he’ll do it sooner rather than later. He’s getting closer. He’s got a good level of performances, and he’s just focusing on darts. There was too much spouting about not being in the Premier League at the beginning of the year, but since the middle of the year, he’s focused and I like the attitude of Michael at the minute.”

Gerwyn Price came through a war of attrition against Kim Huybrechts, battling both the Belgian and the crowd to make it through.

And Webster expects the experience of that fiery affair to galvanise the reigning champion.

“The crowd went over the top. It was beyond, and it’s not nice that Gerwyn had to deal with that. 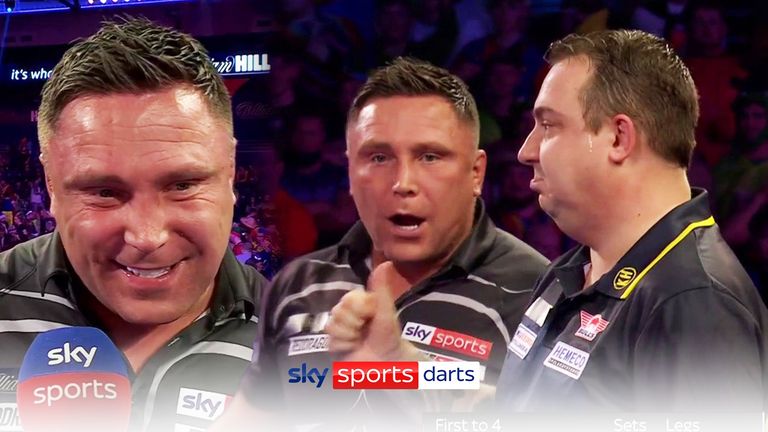 “It almost got to Gerwyn, but champions survive in those sorts of atmospheres and he did that. It will be similar like that against Dirk van Duijvenbode, but it Dirk starts like he did against Ross Smith, Gerwyn will get rid of him with ease.

“I see Dirk getting a couple of sets, but I don’t see Gerwyn playing as sloppy and nervy as he did against Huybrechts and I think he has too much.

“Price had a few scares last year, against [Brendan] Dolan and [Daryl] Gurney but he was a lot better after. As if he learns from what has happened.

“I think it’s a similar story [against Van Duijvenbode].”